i-Transform - It's All About The People 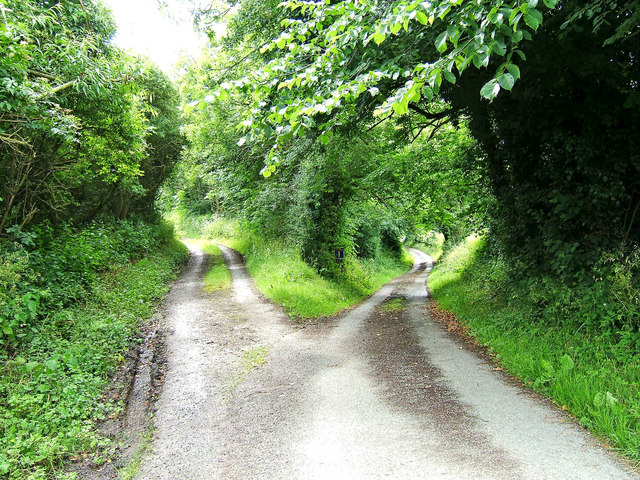 Which Road Do You To Take?

The Journey Of Change

“Would you tell me, please, which way I ought to go from here?'
'That depends a good deal on where you want to get to,' said the Cat.
'I don't much care where -' said Alice.
'Then it doesn't matter which way you go,' said the Cat.”

And for many corporations, it is challenging to set the change direction. They don’t know where they are, have no map or compass, and only a vague idea of the objective in the distance.

We are all familiar with the analogy of transformational change as a journey, but seldom do we stop and think just how powerful and compelling that analogy can become. We all interpret the concept differently, so let’s explore how we can communicate and use the concepts.

You are also going to need to prepare for the discussion on why the status quo is untenable going forward. How standing still is just not an option. Perhaps more importantly, you’ll probably need to think about the others on the journey that you want to bring along. Rather than resisting change outright, most people resist change that is imposed upon them. Indeed, if individuals develop new ways of working for themselves, it’s generally regarded as a good thing. They embrace the journey and help drive it forward.

Who’s On That Change Journey?

Is it you on the journey? The team you lead? Your business unit? Or the entire organisation? They all have different needs. Who’s on the bus? How do you choose the team? Do they all understand the challenge the same way you do? What about everyone else?

When engaging change teams in workshops, we often start by asking them to draw a rich picture – if their organisation were a vehicle, what would it look like? By looking at the picture we would see everything that’s right and wrong with the organisation. Apart from a great team exercise to break the ice, more importantly, participants now have permission to think about the current state of the organisation without pointing fingers. They also have to start thinking about where they are today, where they are going, who is on that vehicle, and who’s steering.

For the organisation, ensuring that the right stakeholders are engaged – even getting their attention – is often a key challenge. For success, a certain degree of diversity is required around working preferences and thinking styles (rather than sex or colour). 2 Yet there’s usually little attention to the complimentary skills and competencies needed. The stakeholders and key players in the change team are frequently chosen for their political skills and ability to “make the change happen.” Balancing the team is nearly always an afterthought.

It’s hardly surprising that most transformational journeys are fraught with uncertainty. But just like a backpacker setting out on a world tour – a traveller rather than a tourist – you wouldn’t expect to know every nuance of every transfer and stopover. You might have decided it is “overland to Australia” and elected to fly from Athens to Mumbai – but the precise detail of traveling by train across Europe and India, and the islands in Indonesia that you’ll visit – you’ll work those out as you go. Perhaps more importantly, you expect to come back a changed and enriched person.

While you might prefer the more serendipitous experience of learning from other travellers along the way, others on your team – your fellow leaders, the individuals in the change team – will probably have different needs. The majority of people want structure and certainty. They probably also have different perceptions around the need for change, and will often feel threatened by the lack of clarity and a potential loss of status and control.3 Many of them will also see the journey itself as some sort of optional “bolt-on” – a distraction from the serious job they have in front of them today. They nod at the right times, but are probably hoping this will all blow over and they can return to normal.

The alignment challenge starts in the C-Suite. Talking to each of them one-on-one, it often appears that they are all in agreement. Yet meaningful changes only start to occur when those leaders look each other in the eye and make commitments to each other around the central purpose of the proposed programme and the behavioural changes needed. Of course, that takes expert facilitation, and it’s also pretty hard getting those individuals in the room at the same time for that conversation. Either way, it’s important to document the vision for the programme in a charter of some kind - usually these sorts of documents require several iterations before final agreement.

But don’t assume that’s enough. Two levels down from the C-Suite, there is usually a lot of back pedalling going on. Individuals, and the functions within which they work, are busy trying to reframe and divert the change initiative to ensure their continued existence. Functions are not particularly interested in the transformational journey per se, unless it helps them achieve their goals more easily. Ultimately, transformations usually require a complete rethinking of the functional taxonomy of the enterprise. 4

That means you – the change agent driving this initiative – you need to build your strategy and tactics around engaging your colleagues to help them see and agree on why the change is necessary. Of course, that means doing a lot more than standing at the front of the room and telling (selling) the audience gathered before you. Your challenge is to help them work out where they want to go, why that vision of the future is compelling, and how they will get there. Of course, there are many different routes to get to the destination, and many different forms of transport – trains, planes, cars, bicycles and walking.

The problem is that, the more managers try to impose the direction and pace of change, the more that people resist it. It’s far better to involve them in the discussions; to explore the territory together and to choose the right course. By engaging people on the journey, and helping them to shape it, that they make it their own.

Time and again, when we bring multiple teams together and challenge them to invent the future together, they quickly work out how to industrialise, componentise and service enable the value they deliver to their customers. Through co-creation, it has now becomes their services, their new ways of working – their change programme. Of course, along the way, executives had the opportunity to nudge them in the right direction. Indeed, everyone is surprised when the direction aligns with the course they had in mind already.

GPS Zoom In-Zoom Out: What Guidance Do You Need?

On a journey, we all need to orient ourselves. Even if you have a map, you need to know where you are on that map. Say you arrive in an unfamiliar city; you reach for a hotel/tourist map. The concierge points out the sights and puts a ring around your hotel. But if you were traveling from one city to another, the type of map you need is quite different.

Today, we tend to rely on the “zoomable” maps in our phones GPS. The GPS is goal-oriented and constraint-based – give it your destination and it will tell you how to get there. Miss a turn or take another route and your GPS will recalculate a path to help you get there. Just as importantly, it can also point out a less direct route that is, in fact, far quicker.

For those setting out on the transformational change journey, reliable and experienced guides are essential. You need advisers that can help you stand back and see the big picture; to help you give shape and substance to the need for change, and help you to build the right engagement model for your colleagues and employees. While some may want to force the pace, it often turns out that what appears to be the slow road is actually the short cut.

But Transformation Is A One-Way Journey

A caterpillar lives its life on leaves – a 2D world where it hopes not to get eaten. And then it pupates for a while before turning into a butterfly. It takes time to get there, and there is no going back. The butterfly sees the world entirely differently from the caterpillar. A caterpillar probably cannot even comprehend what it means to be a butterfly.

Transformation for an organisation is not really that different – it’s a one way journey into the future. A future that is fundamentally different from the current place and mode of being. It’s not something that executives can force on their people, and it takes time.

Transformational change is not something that can be outsourced – you have to do it to yourselves. The enterprise becomes more agile and responsive to the needs of its customers. Rather than better execution of the existing functions, the benefits usually derive from simpler structures and processes.

For an organisation, the real challenges in the change journey are mostly in the minds (and behaviours) of existing leaders. If that is you – the change agent – transformation means being prepared to change everything you and your organisation does, but most importantly, changing the way you think about change:

And yes, translation change is a one-way journey. As Alice said to the Gryphon in Alice in Wonderland – “… but it's no use going back to yesterday, because I was a different person then.”

We bring together strong capabilities in business transformation and organizational change—from overall programme design, through business architecture and engagement methods, down to team facilitation and executive coaching.